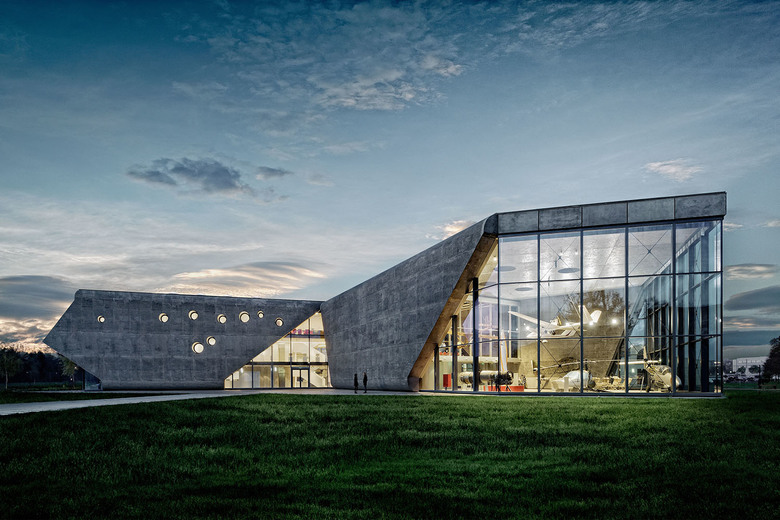 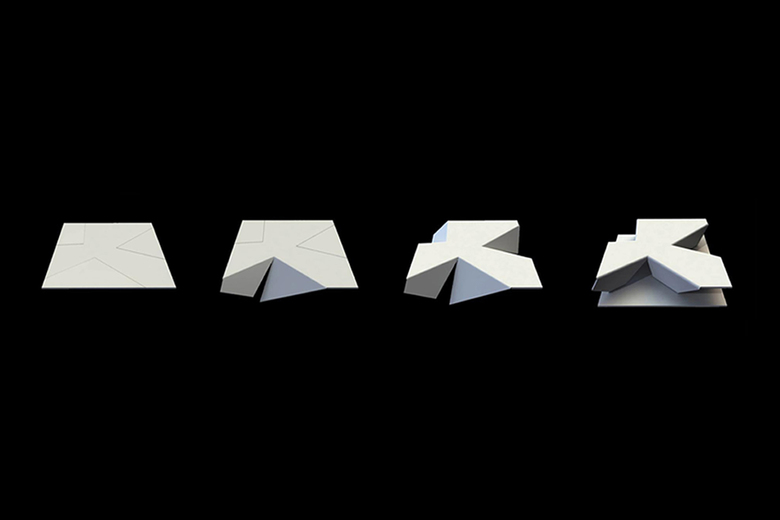 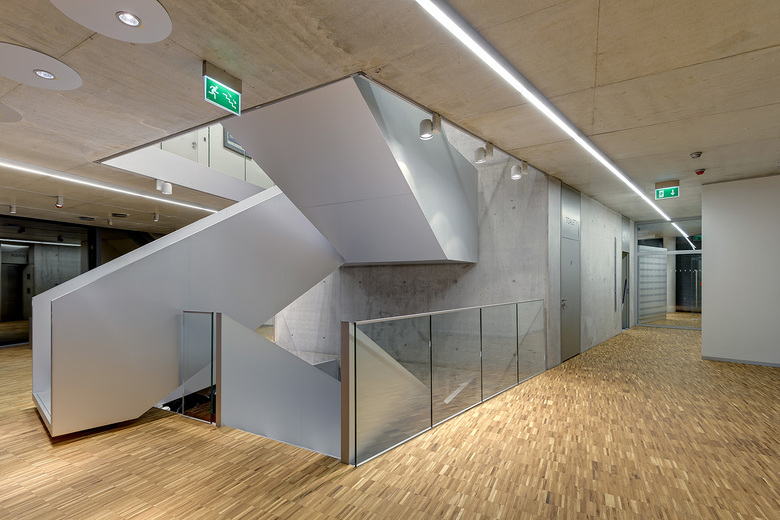 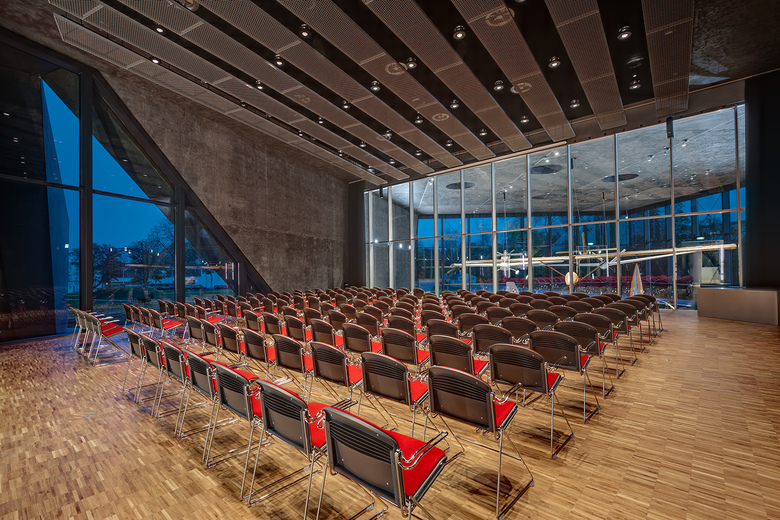 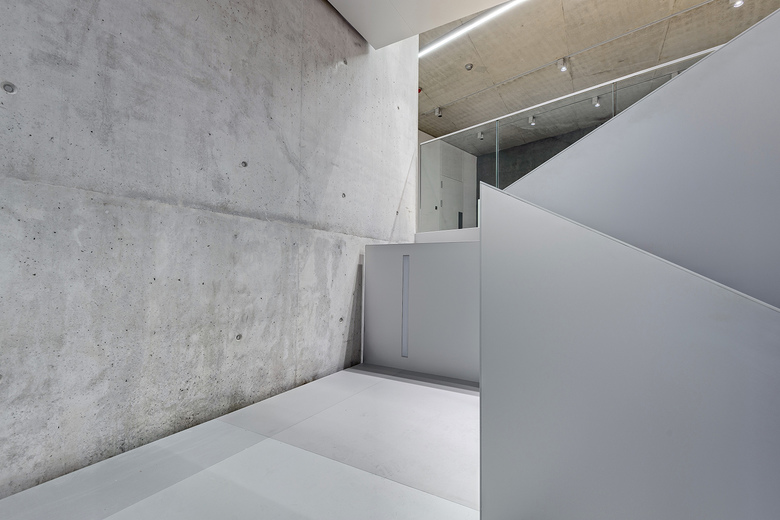 A new multi-purpose building, which is a showcase for the entire museum complex has been developed on the premises of the Polish Aviation Museum in Krakow, Poland. Its official opening took place in 2010.

The building has been designed by a team of architects: Pysall Ruge Architekten with Bartlomiej Kisielewski (since 2009 co-owner of Horizone Studio). Their proposal won an international architectural competition held in 2005.

The characteristic form of the new Polish Aviation Museum, not only expresses the function performed by the building, but also encourages people to engage with the exhibition.

The building and its surroundings refer to the historic arrangement of the former airport. The shape of the building resembles a huge propeller.

All layouts have been carefully designed in order to allow natural light into the building and consequently to reduce the need for use of artificial light.

Furthermore the building is divided into two temperature zones, which significantly improves its economical performance.

The new development does not dominate the existing historic buildings and thanks to its transparency allows visual contact between all elements of the building’s surrounding area.

In order to ensure the comfort of different users a logical layout has been followed throughout the building. Three levels of the building reflect its different uses: museum, conference hall and office space.

The project has been repeatedly mensioned in the press and shown at various exhibitions.

It also won the prof J. Bogdanowski Award for the best building to be built in Krakow in 2010.  Additionally the building was nominated for the acclaimed international Mies van der Rohe Award 2011.

In year 2012 the Polish Aviation Museum building won the Cemex Building Award for the best public building in the world built out of architecutral concrete.

Other Projects by Horizone Studio