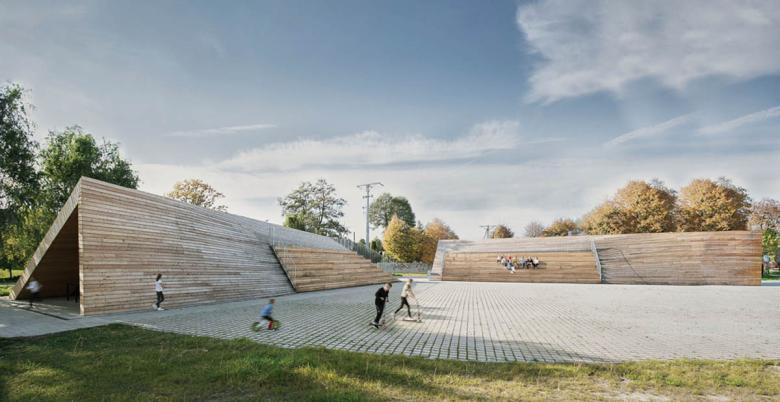 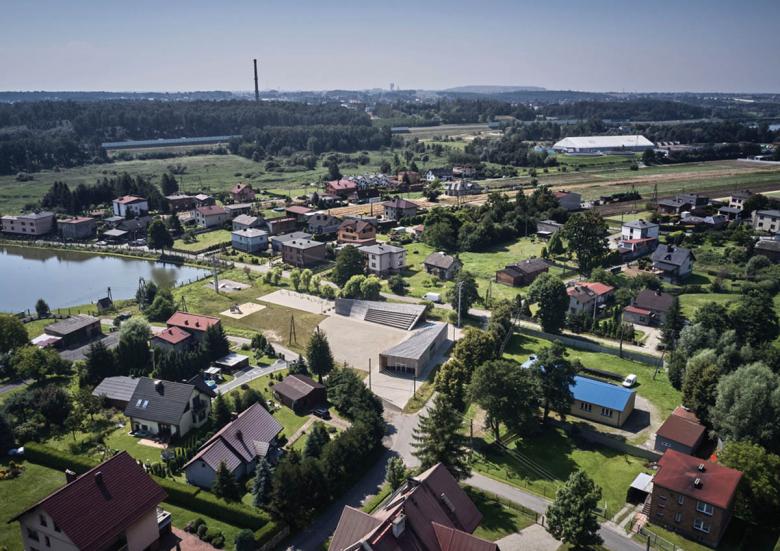 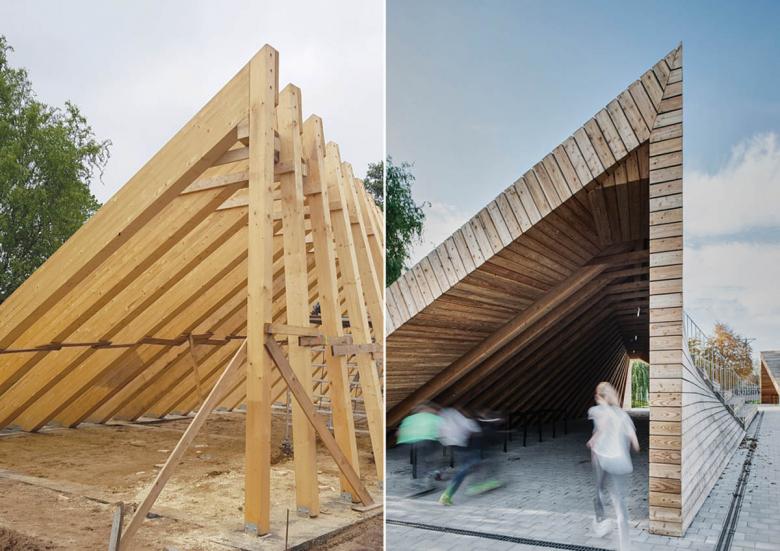 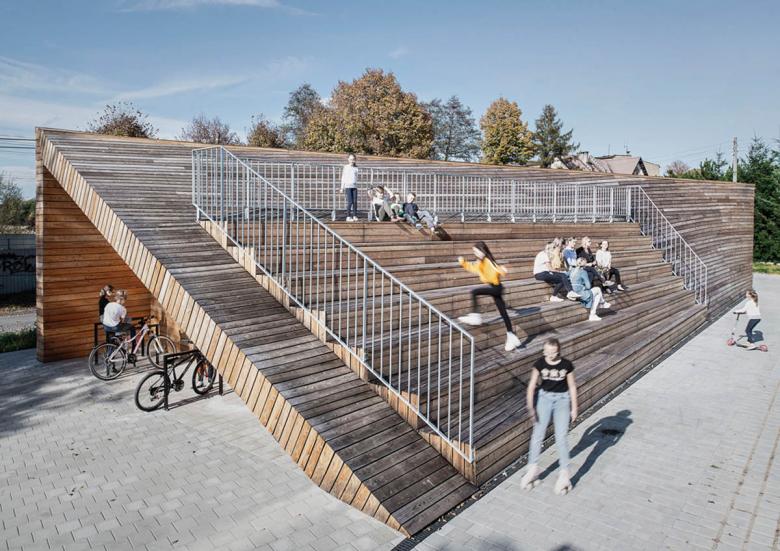 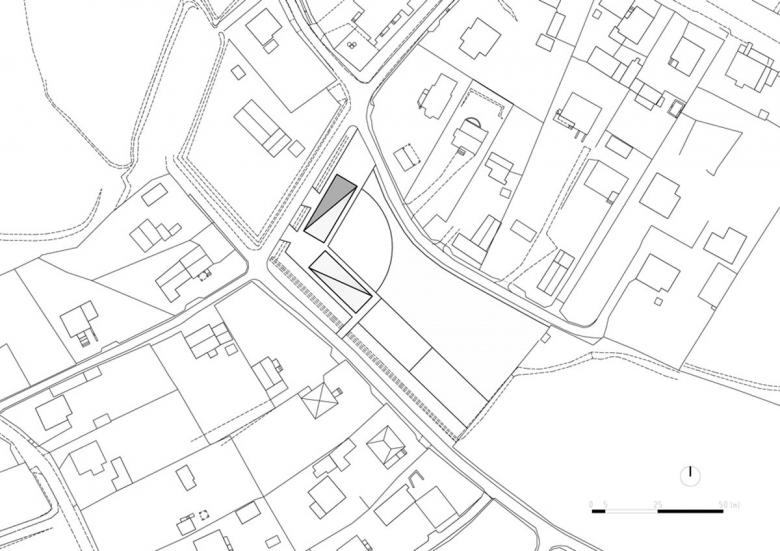 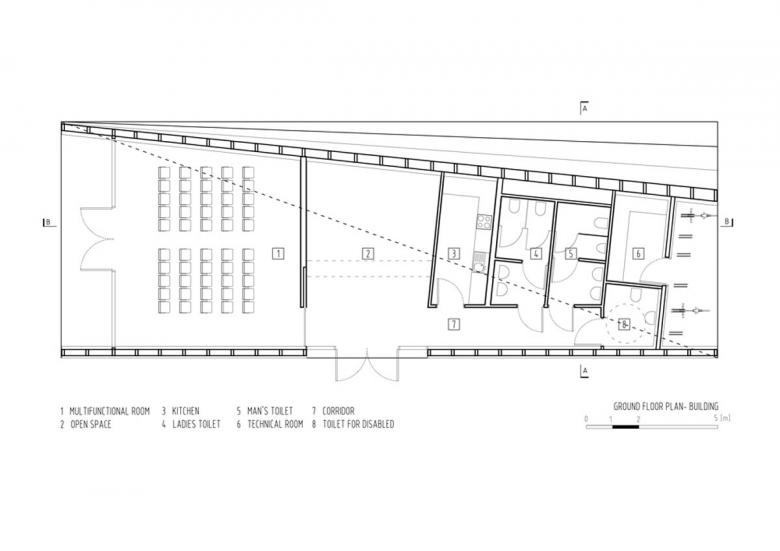 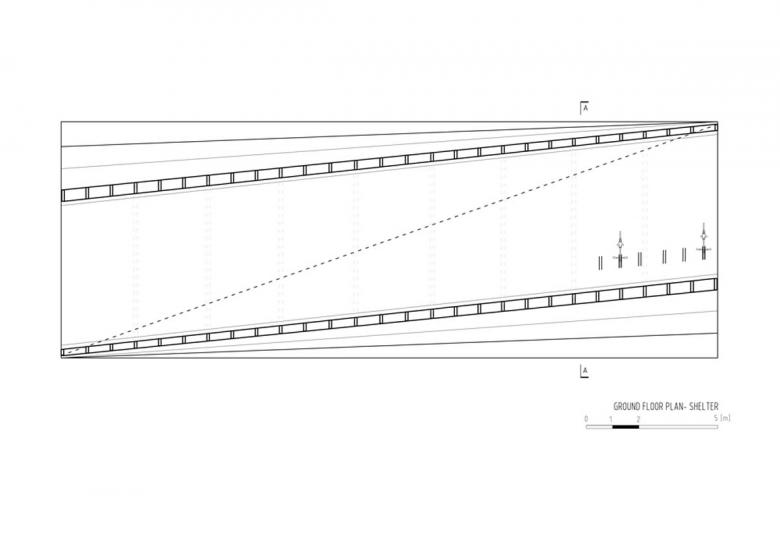 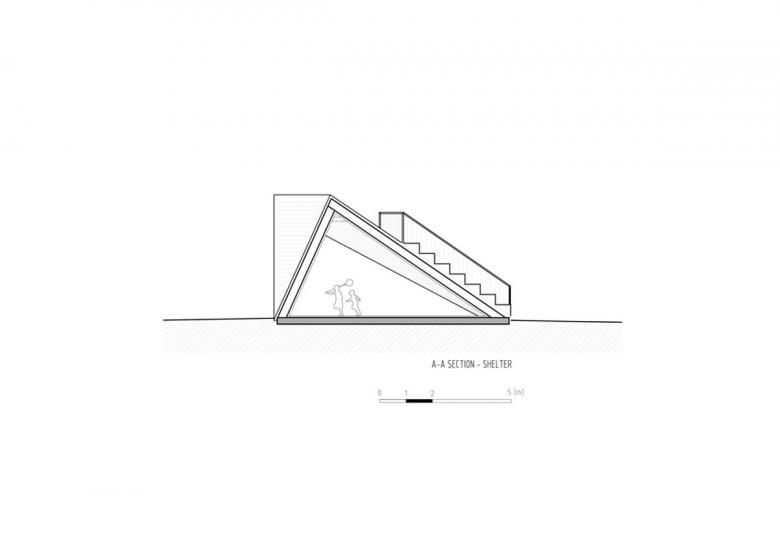 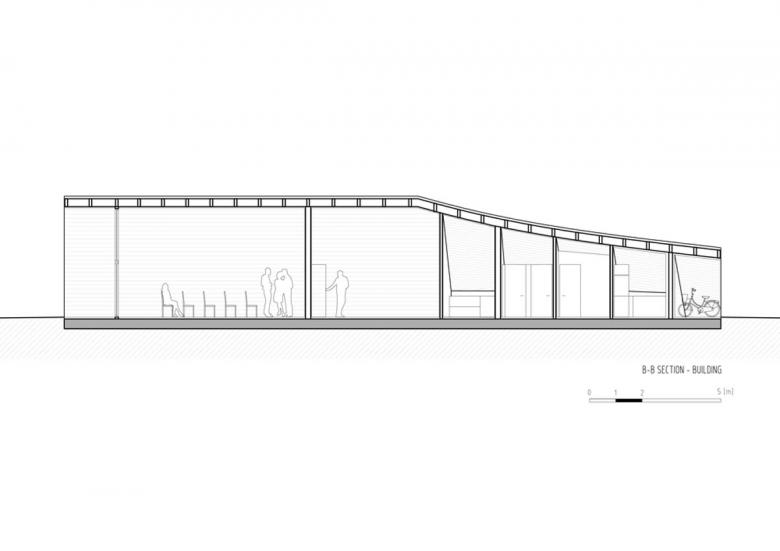 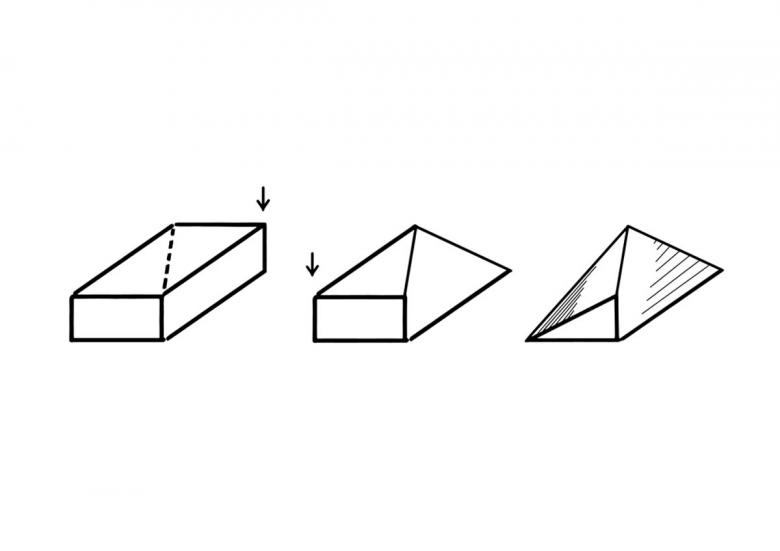 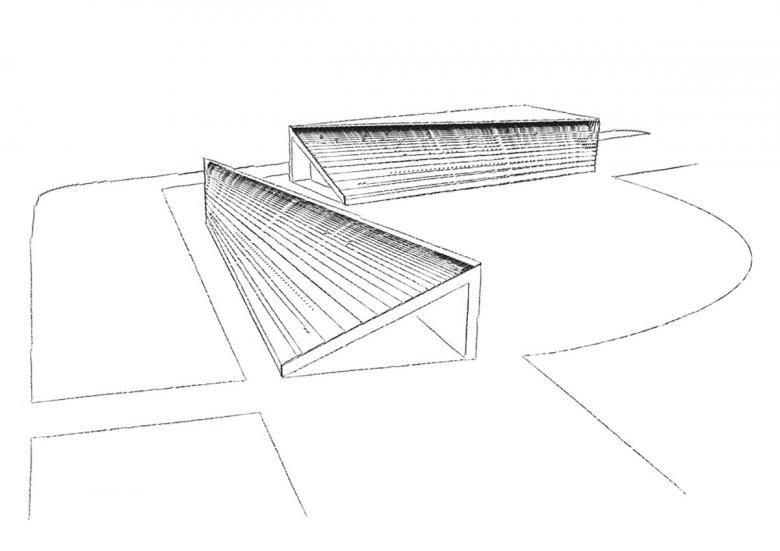 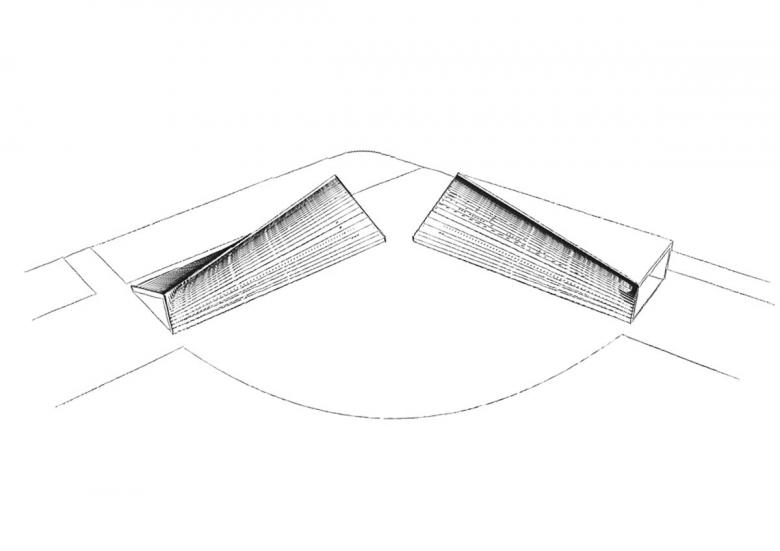 The Local Activity Center is a project that aims to create a space that would be the focal point for the life of the local residents and enable them to integrate. The architecture of the background, modest and blending into the surroundings, creating space rather than being the visible cubature itself. A place to strengthen the bonds with one another. The main structure is a building with a multifunctional room. Right behind it there is an open space, kitchen, toilets and technical room. In addition, a shelter was also designed in the same architectural style, forming a coherent whole with the building. This structure during the pandemic and the related ban on the use of closed spaces, unexpectedly became the main meeting place for the locals. Both structures create a kind of semi-atrial space. They are based on a rectangular plan with a twisted roof plane. The roof also fulfils a utilitarian function through the design of the integrated seats, which can be used both on the everyday basis as resting places and as stands during major outdoor events. Due to the very diverse development of the surroundings it was a challenge to create a building combining various forms. By twisting rectangular solids they blend in with its surroundings The project is located in the city of Rybnik in southern Poland. It is very diverse in terms of architecture, as well as the social and functional-spatial phenomena defining the life quality. It comprises 27 districts - formerly mostly independent towns – and their respective residents still feel a strong territorial independence despite belonging, after all, to the same city. The idea of LAC came as a response to the emerging negative social phenomena and the need to create space for all cultural and sports activities and social integration, as well as be a kind of symbol of the district. The work began with urban and social studies. The project scope is to cover most of the districts, but in the first instance three of them were selected: Klokocin, Ochojec, Paruszowiec. Each location has its own specific character, therefore the challenge was to create a universal building flexible enough to be adapted to the different contexts of the sites. In cooperation with the City Council, public consultations were organized, where the residents could comment on the proposed architectural concept. Their positive feedback allowed the commencement of a pilot project in the Klokocin. The project was assumed to be low-budget. The twisted shape - seemingly difficult to fabricate - turned out to be so simple in principle that it was made by local contractors who had not previously dealt with carpentry work. The rhythm of the glue laminated timber rafters, lengthening in leaps on one side and shortened on the other side, creates a characteristic, twisted roof plane. The consistency of material is complemented by the façade covered with larch planks, which turn gray over time, making the buildings blend in even more with the surroundings. The materials used come from the local manufacturers, which made the transport costs low. Thanks to the fact that the residents of the estate were involved in the LAC development process - from social consultations through to its management - they feel fully responsible for it. The use of wood - a material that requires renovation and 'care' - has become a metaphor for interpersonal and social relationships that need to be looked after to exist. Similarly, the building of the Local Activity Center, which is used and looked after by the residents of the district to which it belongs, will be a testimony of how important it is to them.