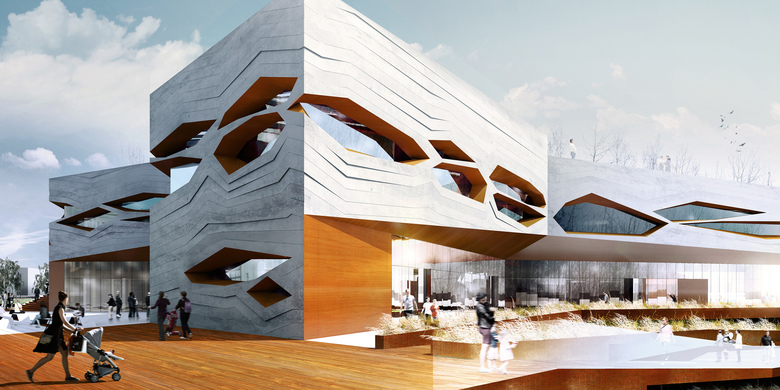 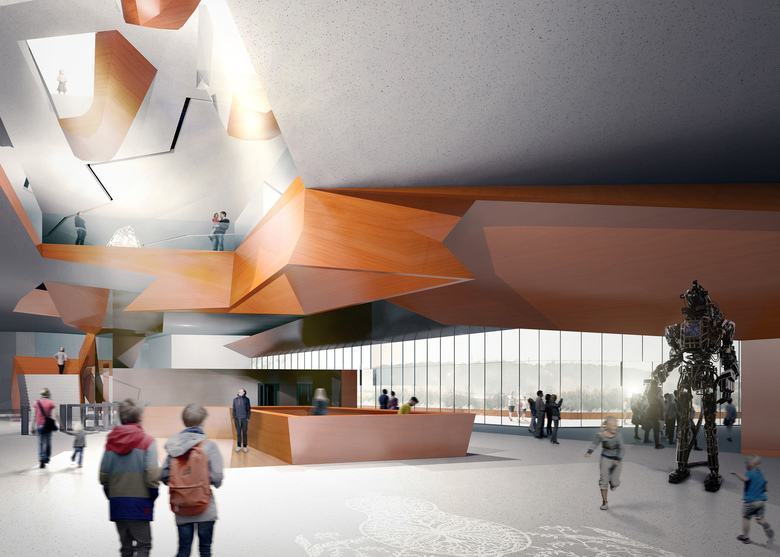 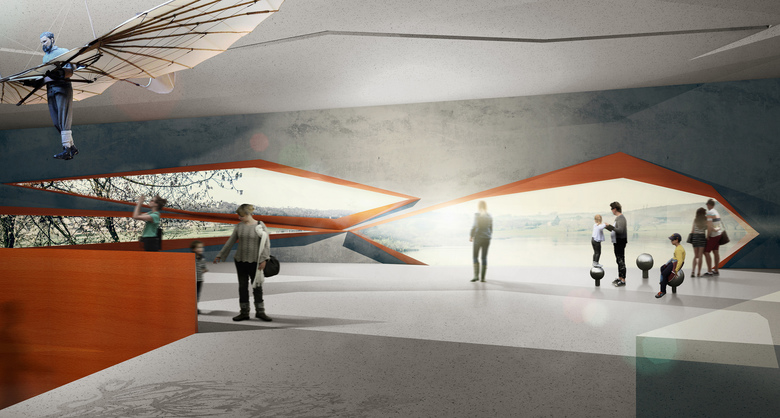 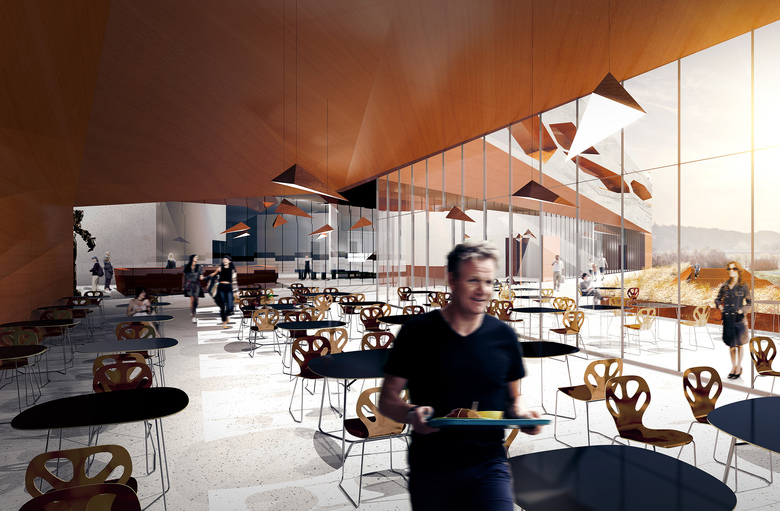 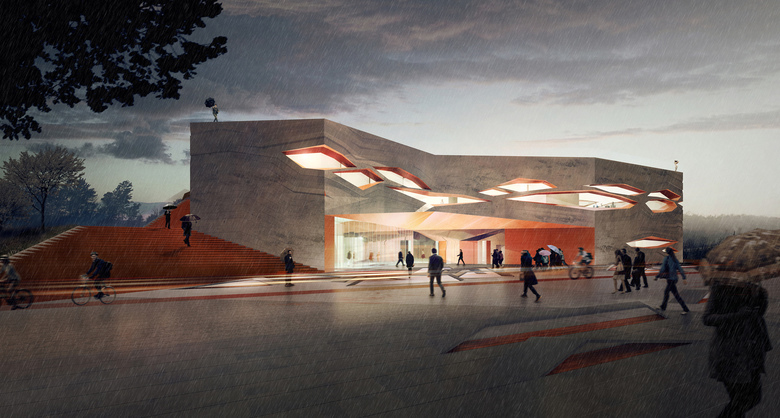 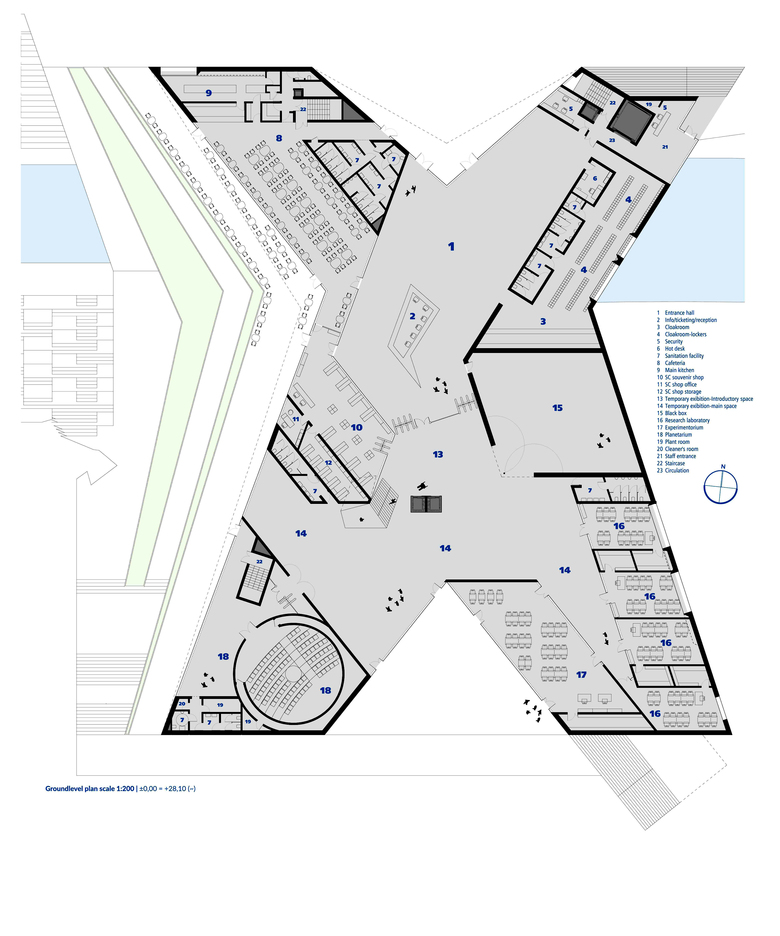 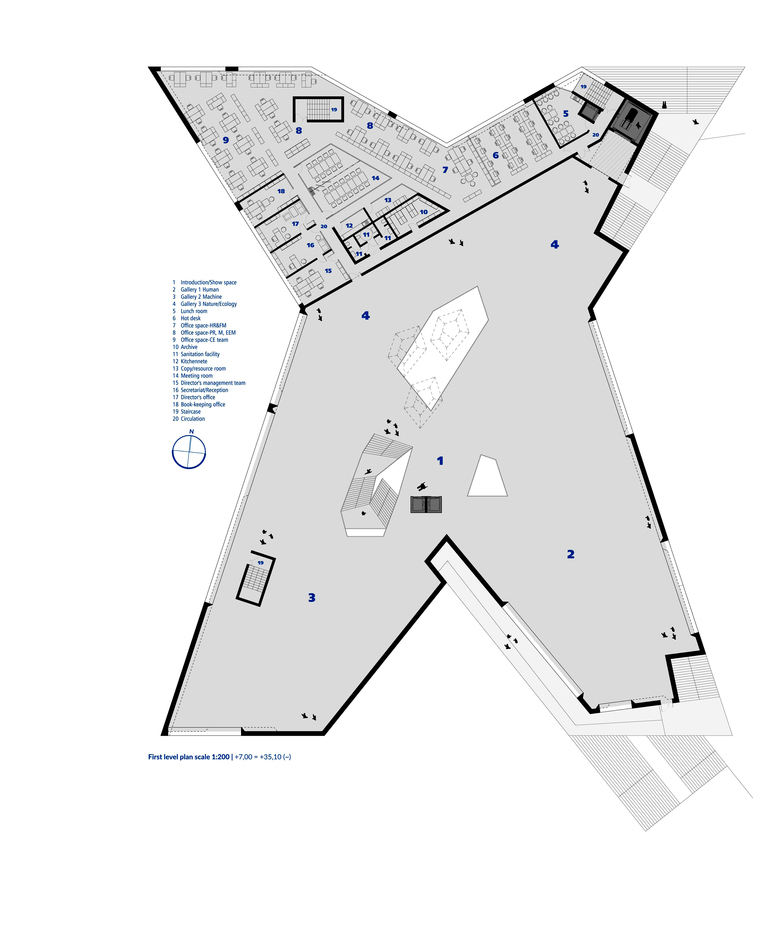 The X-building transforms the Kaunas waterfront. The new plaza, located between the existing Firehouse and the Science Island building, connects the X-building with the town tissue. The green alley, proposed instead of the present appearance of the Karaliaus Mindaugo prospektas, reduces and slows down traffic. It also, at the same time, gives back the space to pedestrians and cyclists. The proposed alley allows to “expand” the healthy environment of the island, by making the green of the island enter the waterfront of the city. The Science Island building is a natural stop on the way of the proposed walk/bike loop no. 1 and 2, which are meant to connect the nearby attractions, to name just some: the Kaunas old town, Žalgiris arena, the conference center, planned on the left bank of the Nemunas River, and the island itself.

The X-building offers pedestrian and bike access to the island in two ways.

First, visitors could use the “west” bridge, whose three terraces are actually part of the building. Second, the “east” route, which will take them onto the roof of the building, offering views onto the river and Kaunas itself. The X-building does not generate additional car traffic on the island. The operations including deliveries, parking and similar are intentionally moved to the right bank of the Nemunas river. The location of the building, on the west tip of the island, opposite to the Žalgiris arena, helps to keep the character of the island as a low intensity building zone. Only 42% of the footprint of the X-building is located directly on the island. The rest is situated over the river and the right bank of the Nemunas river. The proposed Science Island building helps to connect the river with the city with the dedicated water-tram stop, sundeck and the Science Island building pool, located next to the planned bridge connecting the island with the left bank.

Visitors entering and circulating inside the building have visual connection with the surroundings, especially the river and the island. The location of the vistors main staircase and elevators as well as introductory spaces, in the building’s center, help to navigate inside the building.

The symmetry of the building is inspired by the symmetry of the Lithuanian folk motifs as well as fractal structures in science. The elevations and the massing were stimulated by the appearance of primal bridges, tree trunks or trees, thrown either by nature or humans over rivers.

The Neumunas River is the source of renewable energy, powering the building systems, which helps to lower maintenance costs and reduce the X-building carbon footprint.

Other Projects by FAAB Architektura