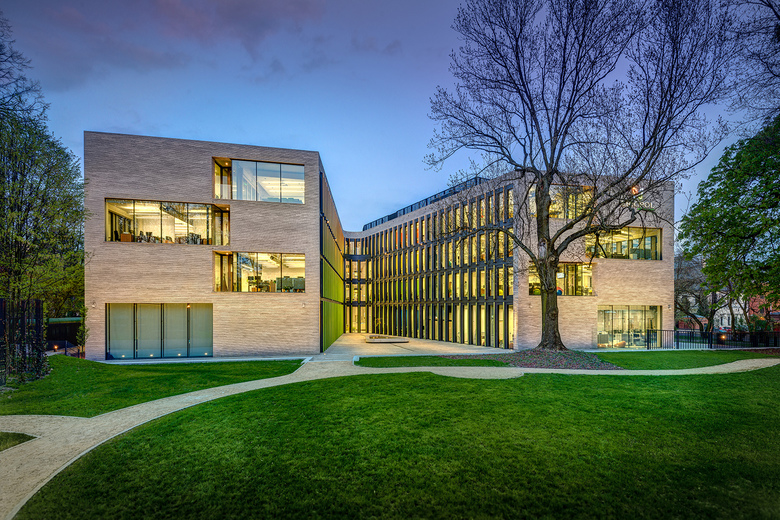 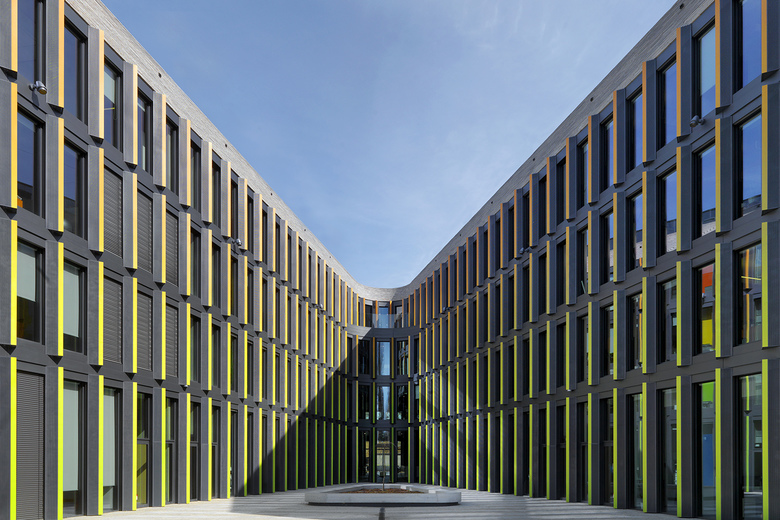 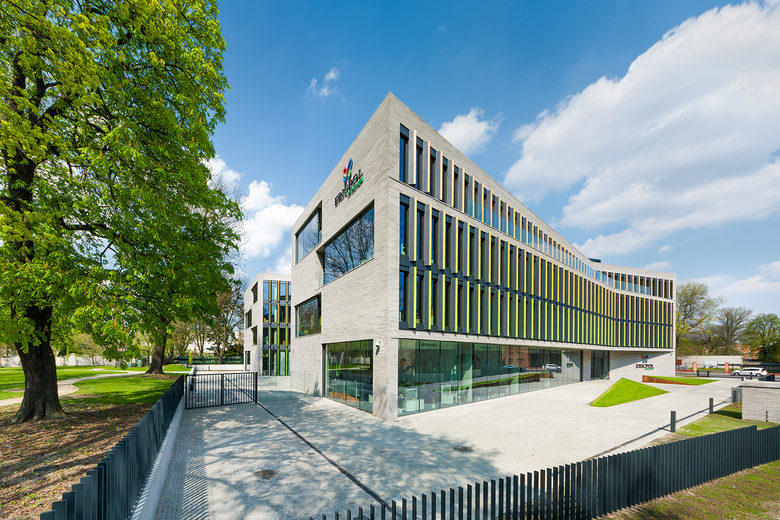 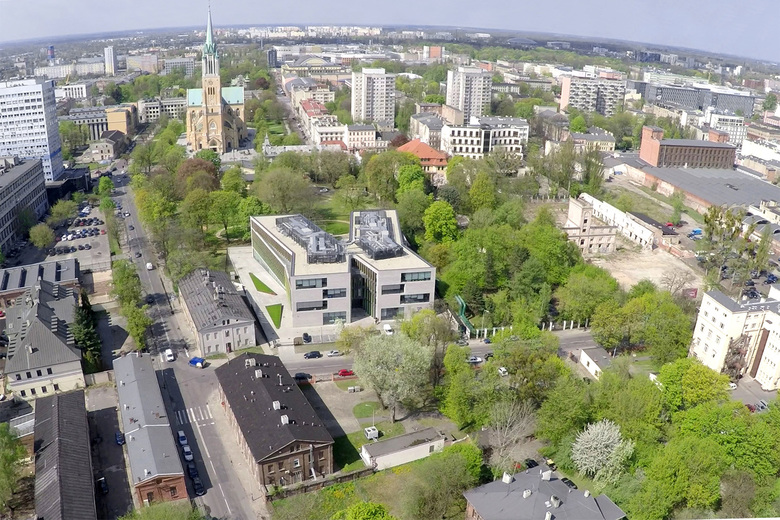 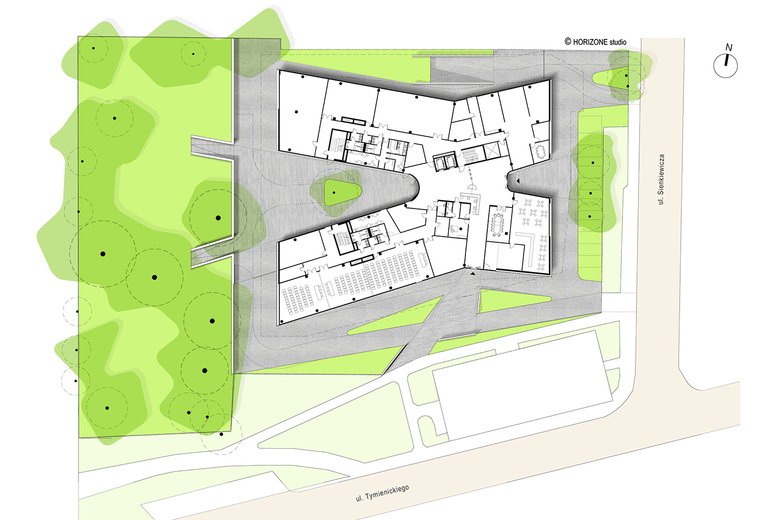 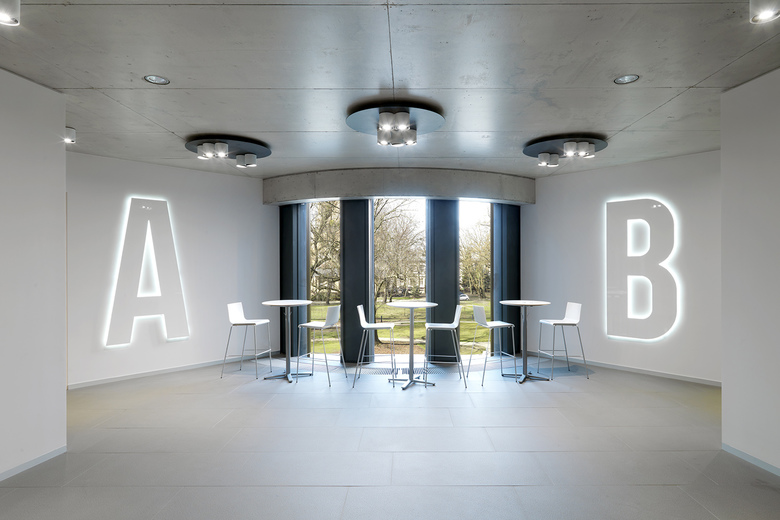 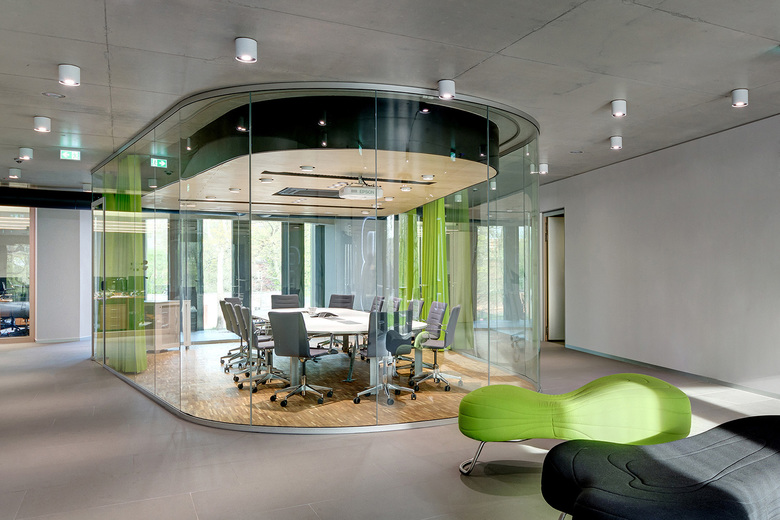 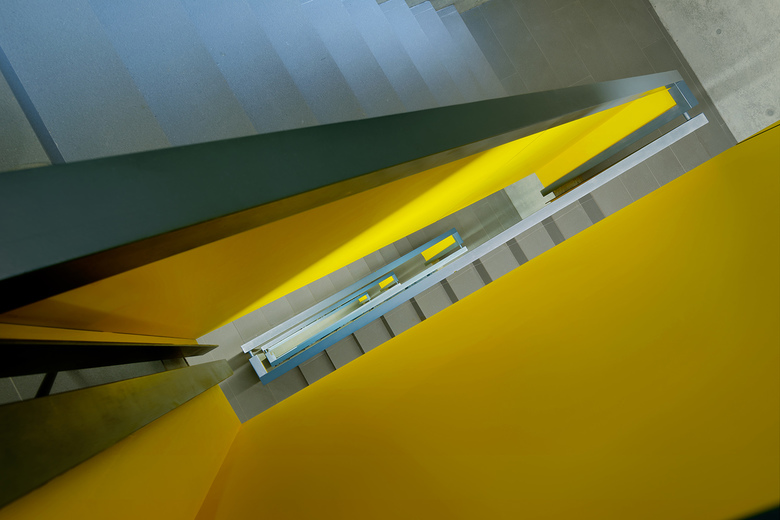 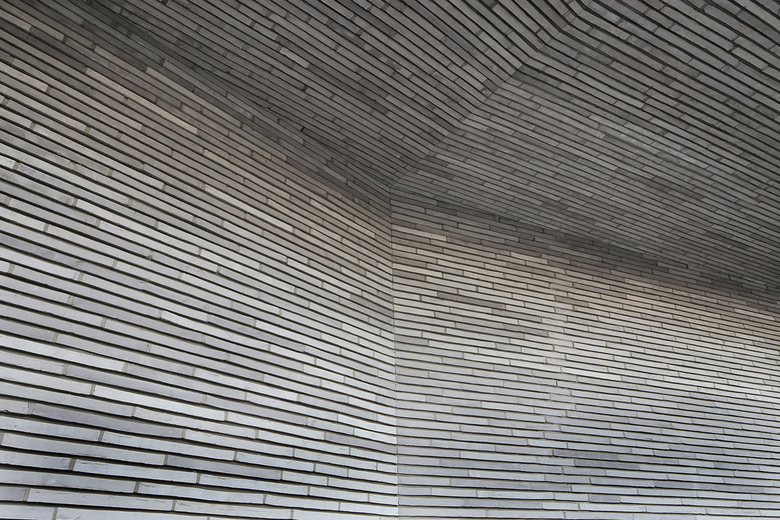 The main challenge presented by the project was the alignment of the functional requirements with the limitations imposed by the heritage preservation officer and the restrictive conditions imposed on the development. Resulting from the panoramic analyses conducted, the office building was given the form of a four-storey-high solid with two wings, linked in its central section by a glazed connecting section (housing the lobby with the lifts and the glazed conference rooms). This is the origin behind the building design based on a plan approximating the letter X whose form allowed the optimum use of the area and conformed to the functional programme commissioned by the investor. The architectural language applied in the project reinforced its clear relations with the environment. The green wedge of the park enters deeply into the building, limiting the intensity of development. The form applied provided for major flexibility in the arrangement of office space. The functional division was adjusted to the specific nature of the work of its future users and to the investor’s strict requirements concerning security and access control.

This project has already been recognized and appreciated. The Ericpol building subsequently received honorable mention at the Brick Award 2015. It was also listed as being one of the 10 most impressive new office buildings in Poland (Property Magazine). The Ericpol building is also featured in a world-wide touring exhibition of the best of contemporary Polish architecture organized by the Polish Foreign Ministery