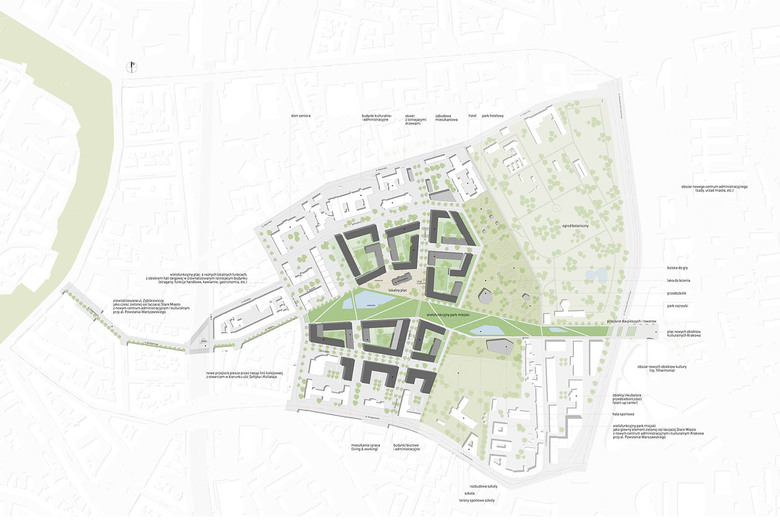 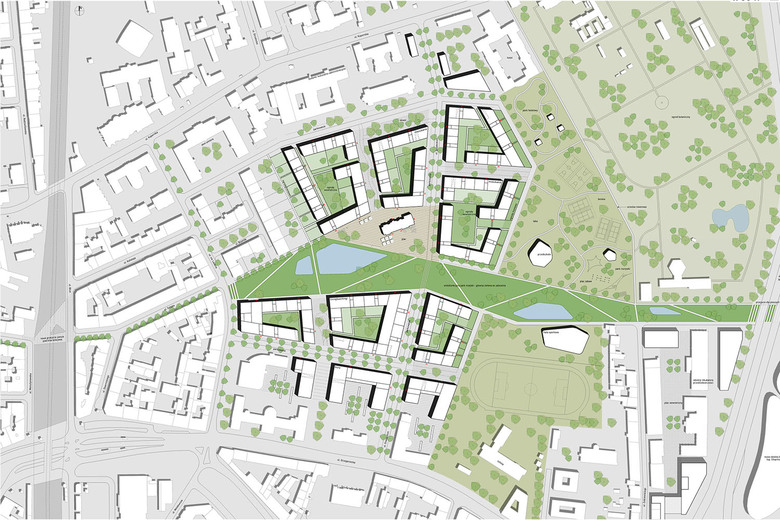 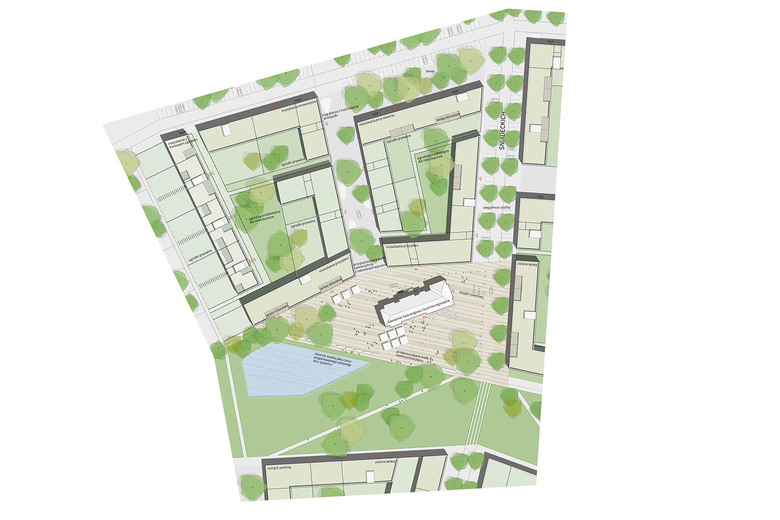 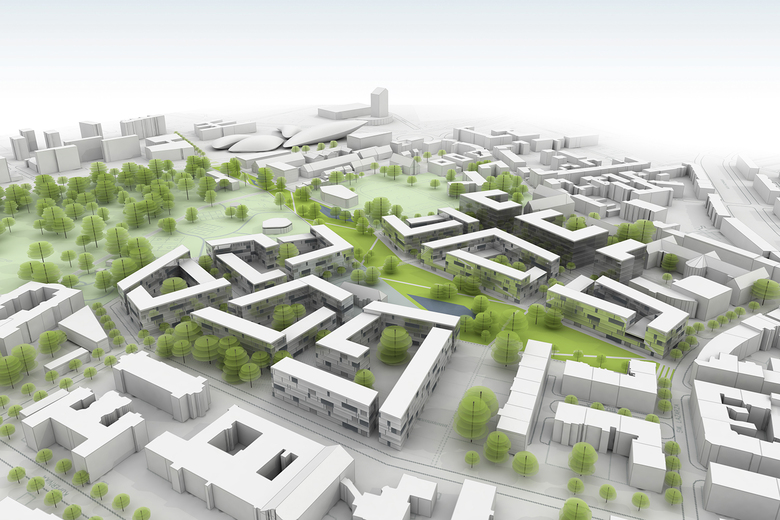 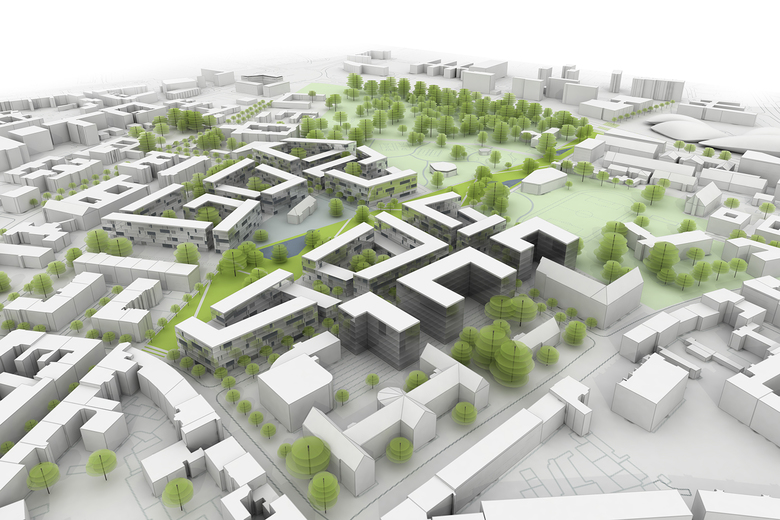 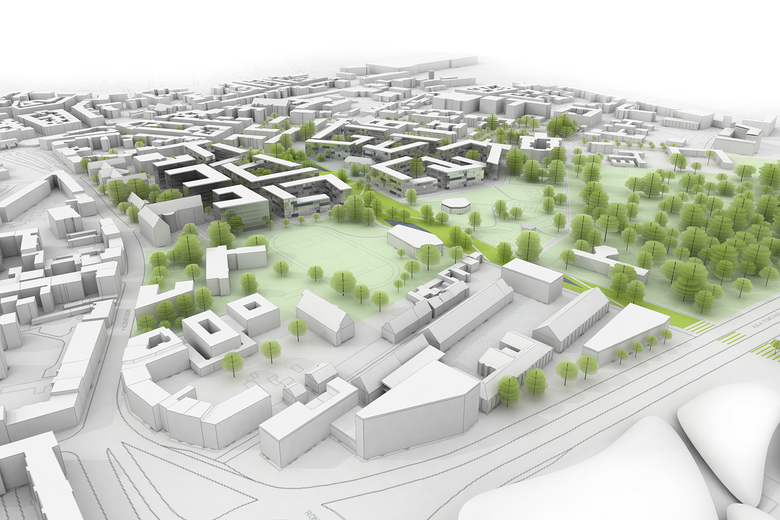 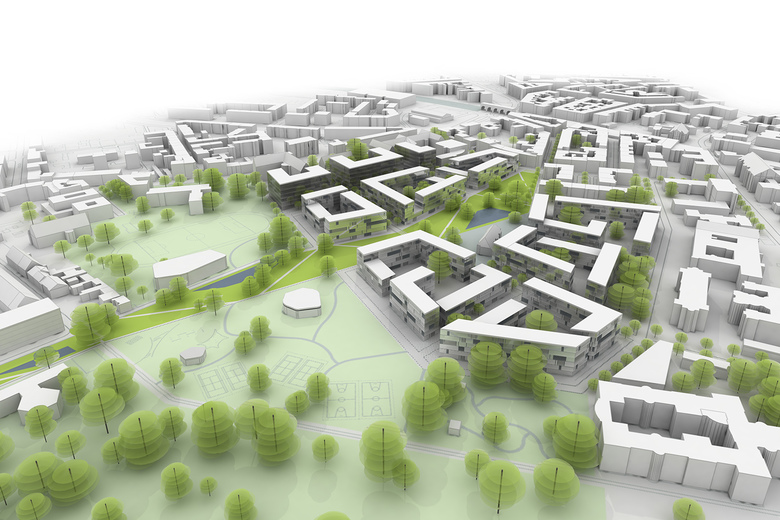 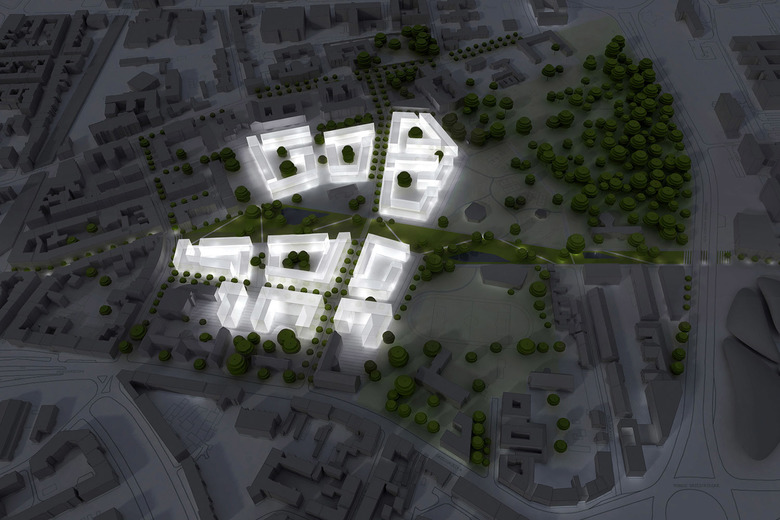 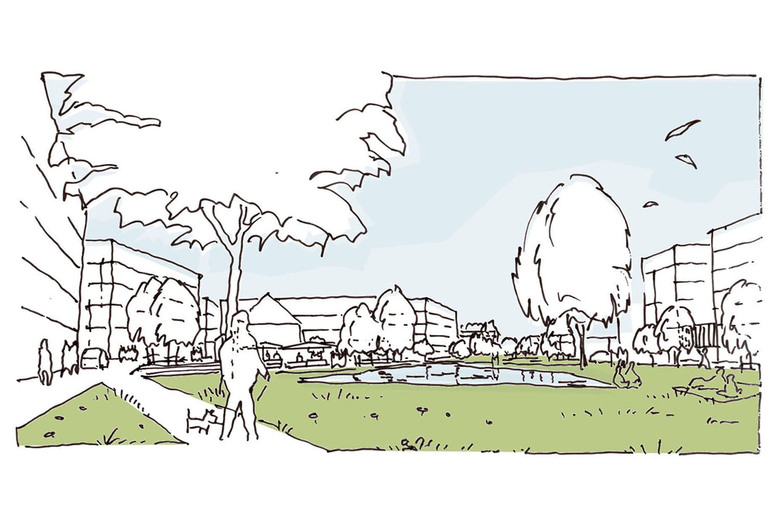 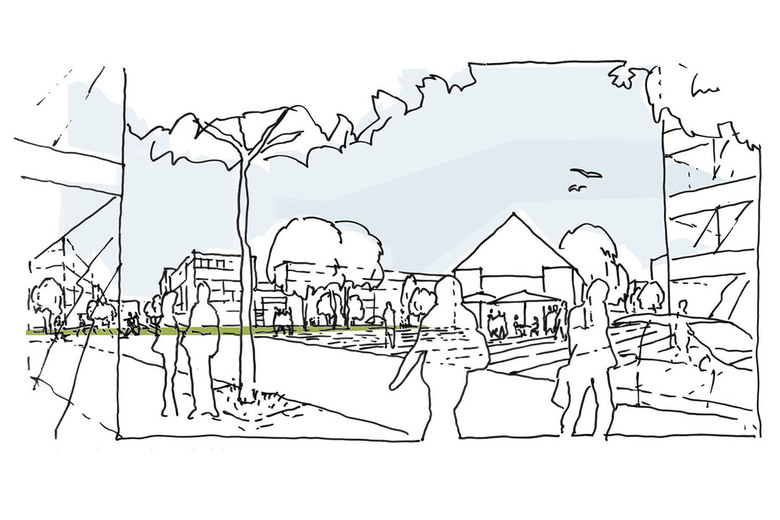 In 2010 an international architectural competition for a new urban development on the lands along Kopernika Street in Krakow was announced in connection with the plans to transfer medical clinics from Krakow city centre to the suburbs. The plot has approximately 80 hectares. It is located in the city centre, between the Old Town and the new public facilities at Powstania Warszawskiego Avenue. The presence of historic buildings and the proximity to the Botanic Garden gives this place a special significance.

The task for the project was to define a new use for the land, create the concept for its revitalisation, set down the scale for new developments and create a link with the city. The final design proposes the creation of several urban zones along with the combination of two major building types. Along the main street - continuation and rejuvenation of existing buildings with the focus on communal use such as museums, exhibitions, artist live-work units.

Internal sections of the land should give place to residential developments with commercial ground floors. They will be formed into the urban quarters with internal semi-private courtyards. A new urban linear park serves as the spine of the whole development. It connects through pedestrian and bicycle paths two adjacent portions of the city and fulfils a recreational function. A public plaza formed will serve as the centre of the new urban district. It is designed around the revitalized historic buildings that will house small cafes, restaurants etc.

Some of the main bullet-points of the concept were:

The project was developed according to the principles of sustainable design. In 2010 it received an award from PLGBC Polish Green Building Council for the best ecological project.