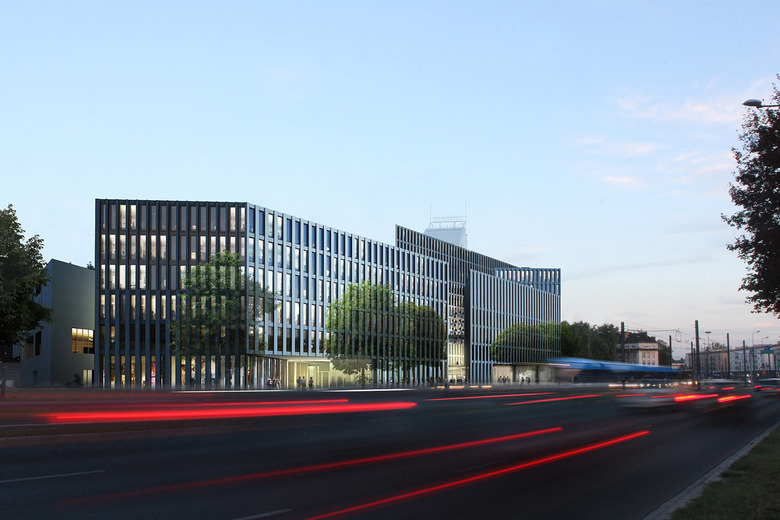 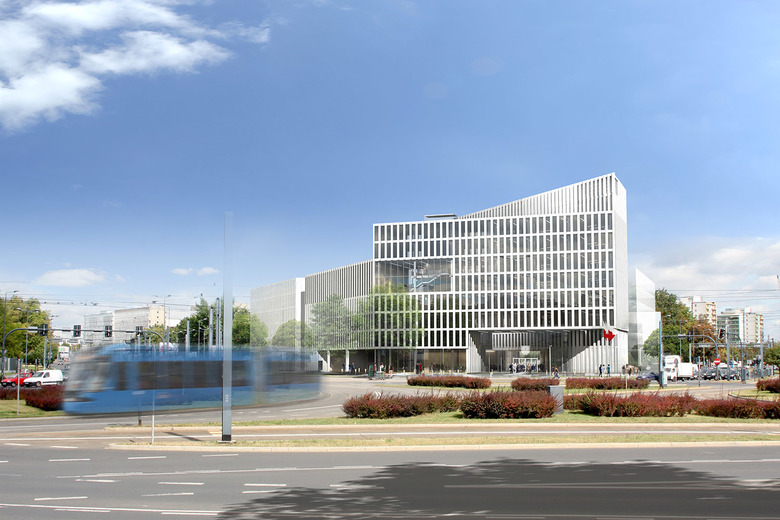 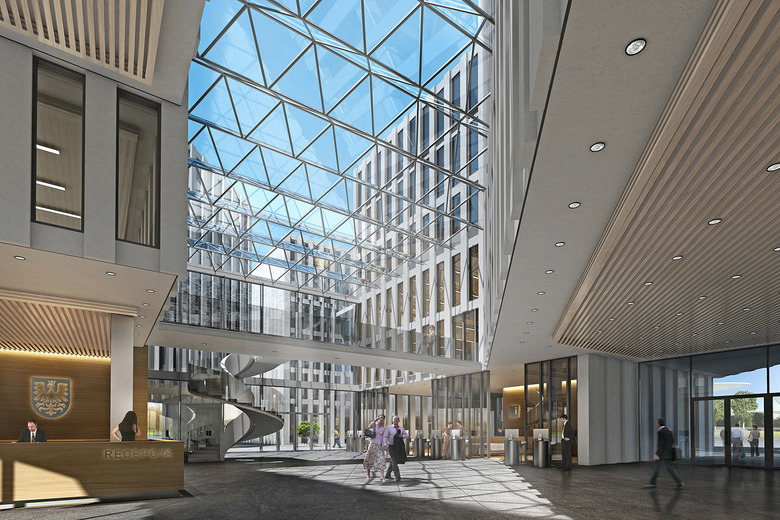 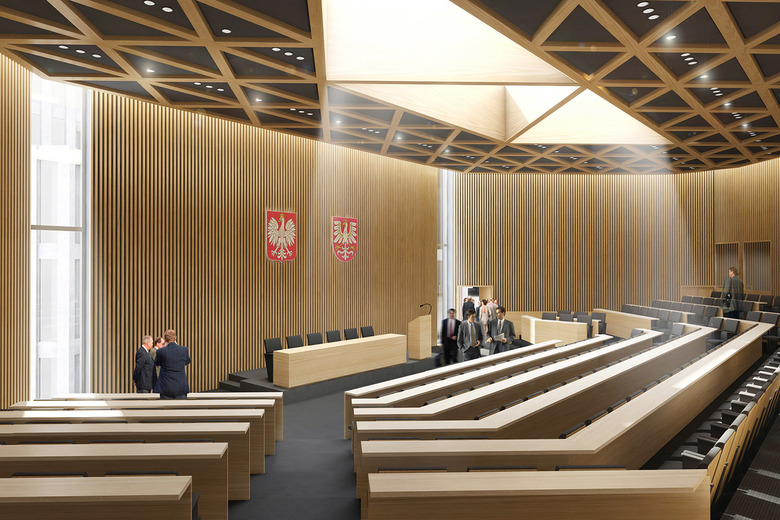 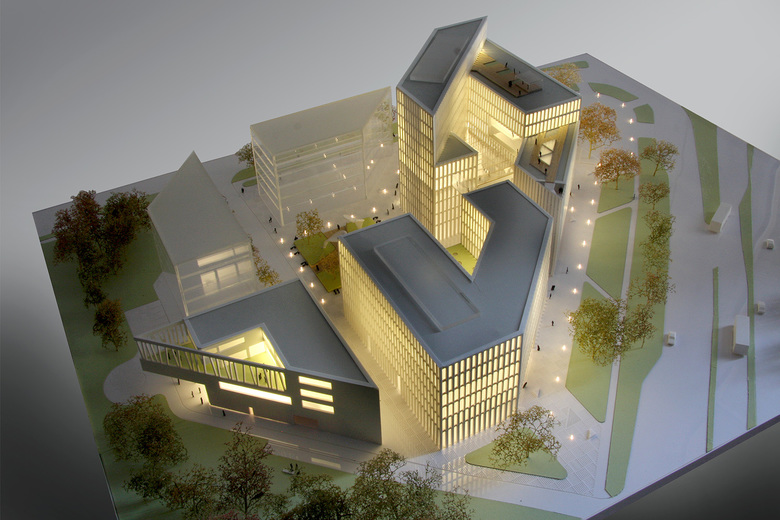 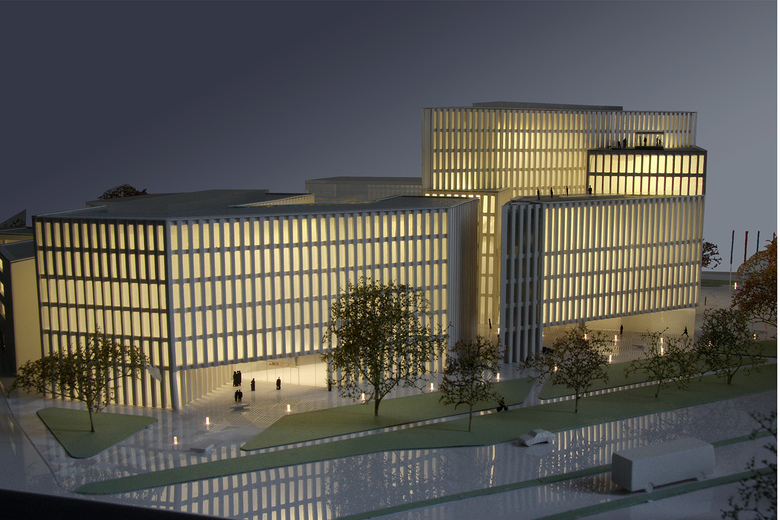 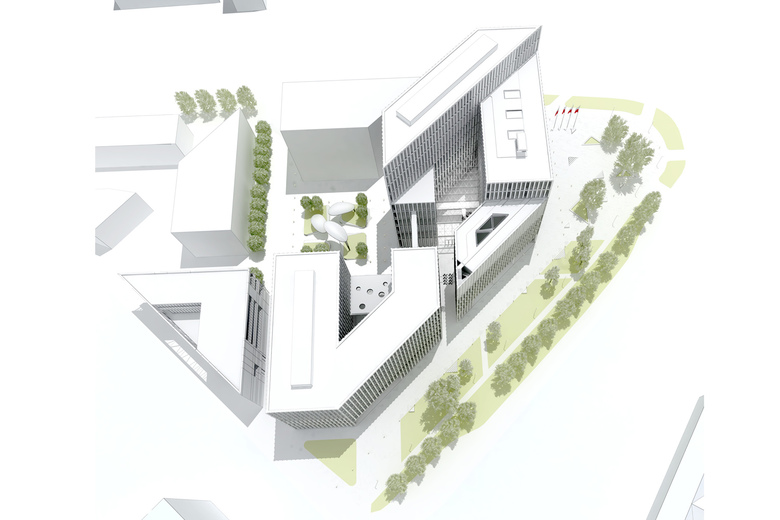 Urban concept and design of Buildings A & B
HORIZONE studio

The main task of the competition was to develop a new complex of buildings for the Regional Governmnent Office of Malopolska in Krakow, Poland. The main elements to be included inside the new buildings will be a regional assembly hall with communicating offices, a regional council, several departments of the Regional Government Office, local government units, as well as additional services like shops, restaurants, a nursery school.

In October 2013, the results of the first stage of the international competition were announced. The Horizone Studio proposal was among three awarded entries that were to be realised as a final project. In April 2014, as a result of the second stage of tendering, the Investor chose Horizone Studio's project as the concept that is to be built. Our proposal received the higest rate out of the three schemes that were presented during the final stage. Our design proposal has been chosen by the client as the most efficient and suitable idea for the new Regional Government Office of Malopolska in Krakow.

When creating an urban plan and defining the size of each building several guidelines were followed:


According to the competition award summary the Horizone Studio project was awarded for:


In accordance with the investors requirements, the Marshall Hall buildings are subjected to a multicategory BREEAM environmental assessment. In June 2015, a detailed audit of the project was prepared together with the final BREEAM report. The project received the certificate BREEAM EXCELLENT after being allocated points of 74,48%.