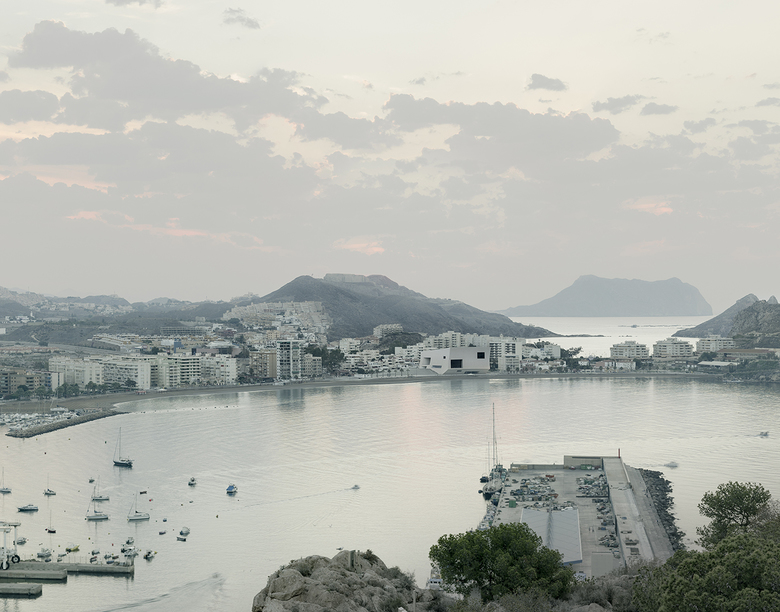 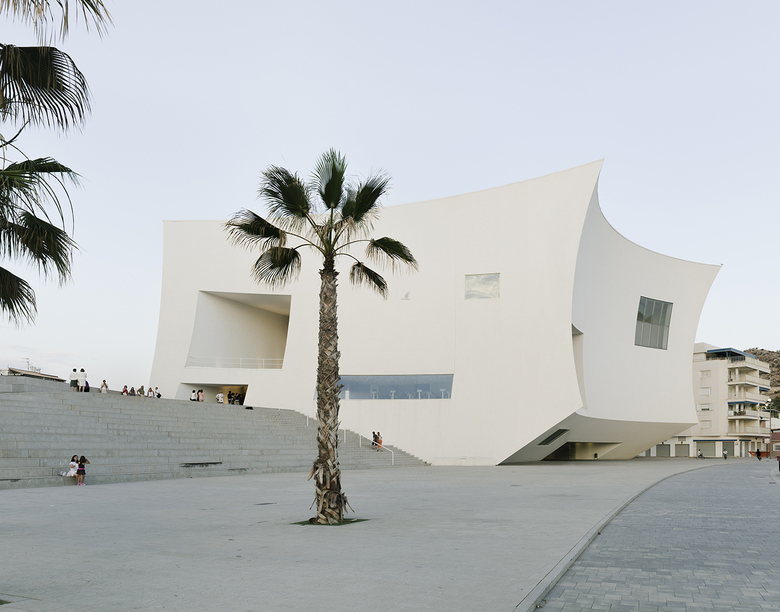 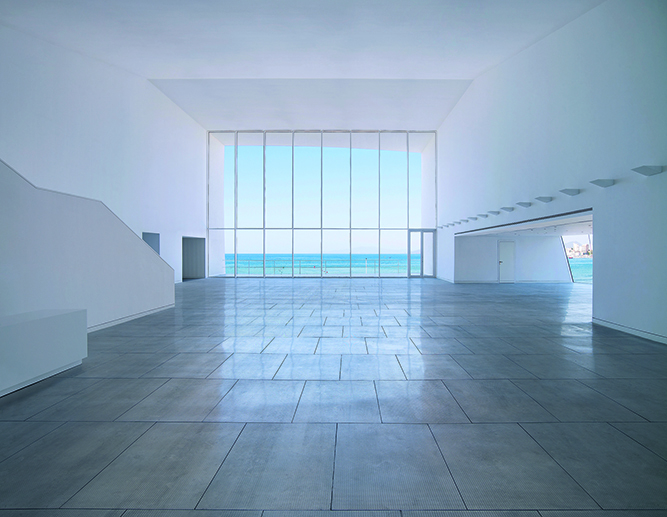 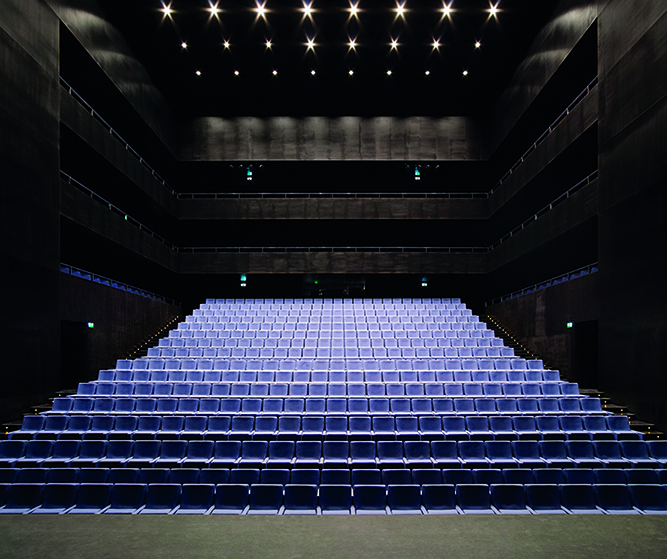 The auditorium’s duality arises from the contradiction of its site. On the edge of town, the auditorium faces two realities: the beauty of the coastal landscape and the harsh and fragmented urban context.

On the one hand, the building’s volume is defined by the immediate, determinant landscape of the coastal line, the horizon and the shoreline. The concave surfaces of the facades, oriented to the sea, represent the tensions that exist between architecture and context. This is how the building naturally establishes a dialogue with the landscape and its elements: the light and the sea that confront it. On the other hand, interaction with the city occurs antagonistically. The strict and clear geometry of the facade that faces the neighboring buildings is a mark of urban confrontation in which the building sets its boundaries. Internally, the main spaces are two multipurpose halls—one that seats one thousand spectators and the other three hundred viewers— enveloped in such a way that the resulting volume appears like a unitary and compact ensemble.

Externally, the building seeks to transmit the idea of a perforated mass that is shaped solely by the elements and solves its internal complexity expressively and with hardly any movements.

The internal spatial sequence is constructed through dilations and compressions in an itinerary which is only interrupted by views to the outside. This spatial sequence ties the building’s main areas together and seeks to intensify the perception of the different geometries of the surfaces and openings that make it up.

The Aguilas auditorium is simultaneously a simple and eventful design. It acts on the landscape both forcefully and naturally, in an apparently effortless manner.